How to Choose the Best Radar Detector

How do you choose the best radar/speed trap detector? What features and functions should a high-performance radar detector have to suit your needs? Read our guide and make an informed choice. 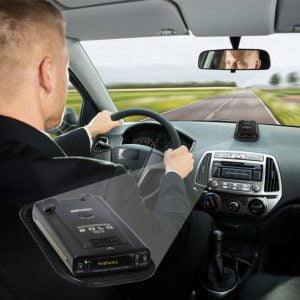 If you are a driver, you know how frustrating and unpleasant it is to get a fine, regardless of its value or reason. The main reasons why you can get a fine include speeding up.

Of course, driving is an activity that needs to be treated with utmost care because your life and the life of passengers in the car, as well as other road users can be endangered.

Speed limits are not a bad thing, but we have to admit that sometimes, for lack of time, we are going to break them, though not much. Even if you are a very responsible driver, and you are going to exceed these limits, a fine, especially for a small overrun of the limit, may even seem unfair. The best radar or camera detector can get rid of this problem.

The radar detector is a device that manages to detect the radio waves emitted by the radar devices, warning the driver about the traffic police speed traps. Thus, the driver will have time to reduce speed to fit legal limits, if necessary, avoiding an unpleasant fine.

Radar detectors have been legalized for some time. These should not be confused with anti-radar devices, which aim at jamming the police radar signal. Anti-radar devices are illegal.

The radar detector receiver, on the other hand, does not jam the radar signal at all. It simply takes over the electromagnetic waves and turns them into electric current, which allows it to “read” the radar signal. Now that we know what it is, let’s find out how you choose the best radar detector?

Best Radar Detector: What to Look For

An ideal radar detector is not the easiest device to choose. You need to keep in mind many aspects of advanced and complex technology, and how it works, which is not for everyone’s understanding.

Without a minimum of knowledge in the field, choosing can be more than difficult, and since the price of a good radar detector is not very small, you can not afford to make the wrong investment.

There are several models of radar detector on the market, some are already outdated and others having the technology to really help you. How can you make the difference between them?

We have prepared for you a shopping guide that includes all the information you need. Read on to find out how you choose the best radar and laser detector for you and your car.

Age of the Device

Although it seems a strange differentiation criterion, the age of a radar detector is a very relevant detail. At present, the so-called “undetectable” radar equipment is operating in traffic. Old radar detectors can still detect them, but far too late because the devices are already calibrated.

The best radar detector is therefore a more recent model that is able to react much faster than the oldest one and to be more efficient in the range. So take this into account before buying such a device.

What Technology is it Equipped for? 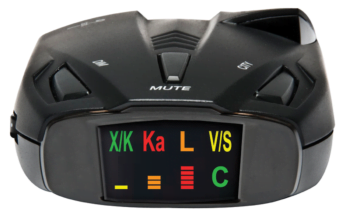 The technology with which radar devices work today is increasingly advanced, so the detectors have to keep up. Modern radar devices are equipped with Instant On technology and POP mode which causes old detectors to detect them too late after radio waves have already been calibrated on the car.

A modern POP-capable radar has a high speed and good accuracy, reacting in 67 milliseconds and detecting speeds of up to 320 km / h with an error rate of +/- 5 km / h. So you need a device that can detect the POP signal.

Such a detector also reacts very quickly. It will detect the POP calibration signal while the radar calculates the target. You will have time to stop and have more chances to escape without a fine.

The Pulsed / Instant On Detection option is another aspect that an ideal radar detector should have. High-end radar equipment (like laser guns) emits laser-like pulses that allow faster targeting of the car than electromagnetic waves.

The aforementioned function allows detection of these laser pulses. Check the effectiveness of the radar detector by analysing the reaction time that should not exceed 0.5 seconds. It must also be able to detect the presence of 360 ° laser pulses.

The radio waves of a radar propagate at frequencies that can cover different distances within a band. According to the road regulations, four major propagation bands are used: X, K, Ka, Ku. The X and K bands are easier to detect and can be monitored from a distance large enough to slow down on time.

Ka band, on the other hand, can no longer be detected by old radar detectors, which is quite problematic since it is the most used band nowadays. The most suitable radar detector is capable of detecting the Ka band, so check this detail before buying.

The Ku band is used in some European countries and is very difficult, if not impossible to detect, even with the latest and most advanced models.

The detection distance varies depending on the frequency used by a particular band. In other words, a radar detector will be able to detect the radar signal from a distance farther or closer to the radar emitter.

The sooner the radar signal will be detected, the more likely you will be to slow down before your speed is measured. Most models on the market can detect the radar signal just 1.6 km away, a far too short distance since the car’s speed is detected from a larger distance.

So it’s always better to choose a model with the highest detection distance. This way you will not be exposed to the risk of a fine.

Which Features Should the Best Radar Detector Have? 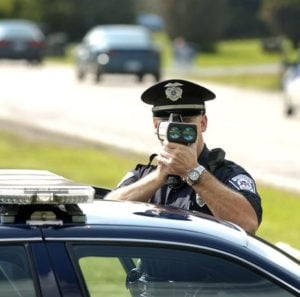 Among the most important functions of a radar detector we can mention the following three: AccuSweep, alphanumeric display and voice warning. All of these particularly useful features most often appear on newer models.

Price of the Radar Detector

The price of an advanced radar detector varies between 20 and a few hundred pounds. More than the cost of such a device, you should consider the performance and generation it is part of. Generally, an inexpensive radar detector will not be able to help you too much today because it is most likely overtaken by new technologies.

A very expensive radar detector is of course very good in most cases, but there is a risk that the concurrent technology (that of the radar transmitter) will evolve too soon and your investment is no longer worth it. We recommend investing in such a detector only if you budget allows it.

Brand is as important as all the above criteria. Since each brand has formed a reputation over time, it’s best to choose a brand that inspires the highest level of confidence and offers the best-equipped products. There are four major brands manufacturing radar detectors at present.

It is considered that the best radar detector is produced by Beltronics, the only company that can provide you with the AccuSweep function that we have already mentioned above.

Cobra, Whistler and Escort are three other good reputable manufacturers who have released devices with modern technology. Before checking the brand, however, check the generation to which the detector belongs, and always buy a radar detector from the last generation.

Taking into account the above tips and user opinions, we can recommend for you below some models of high-performance radar detectors that offer excellent value for money.

How to Choose the Best Wireless Headphones

How to Choose the Best Paper Shredder for Your Office

How to Choose the Best Car Amplifier

How to Choose the Best Dash Camera for Your Car

How to Choose the Best Car Speakers