How do you choose the children electric ride on car? What properties and features should the best kids electric car have to suit your needs? Read our guide and make an informed choice. 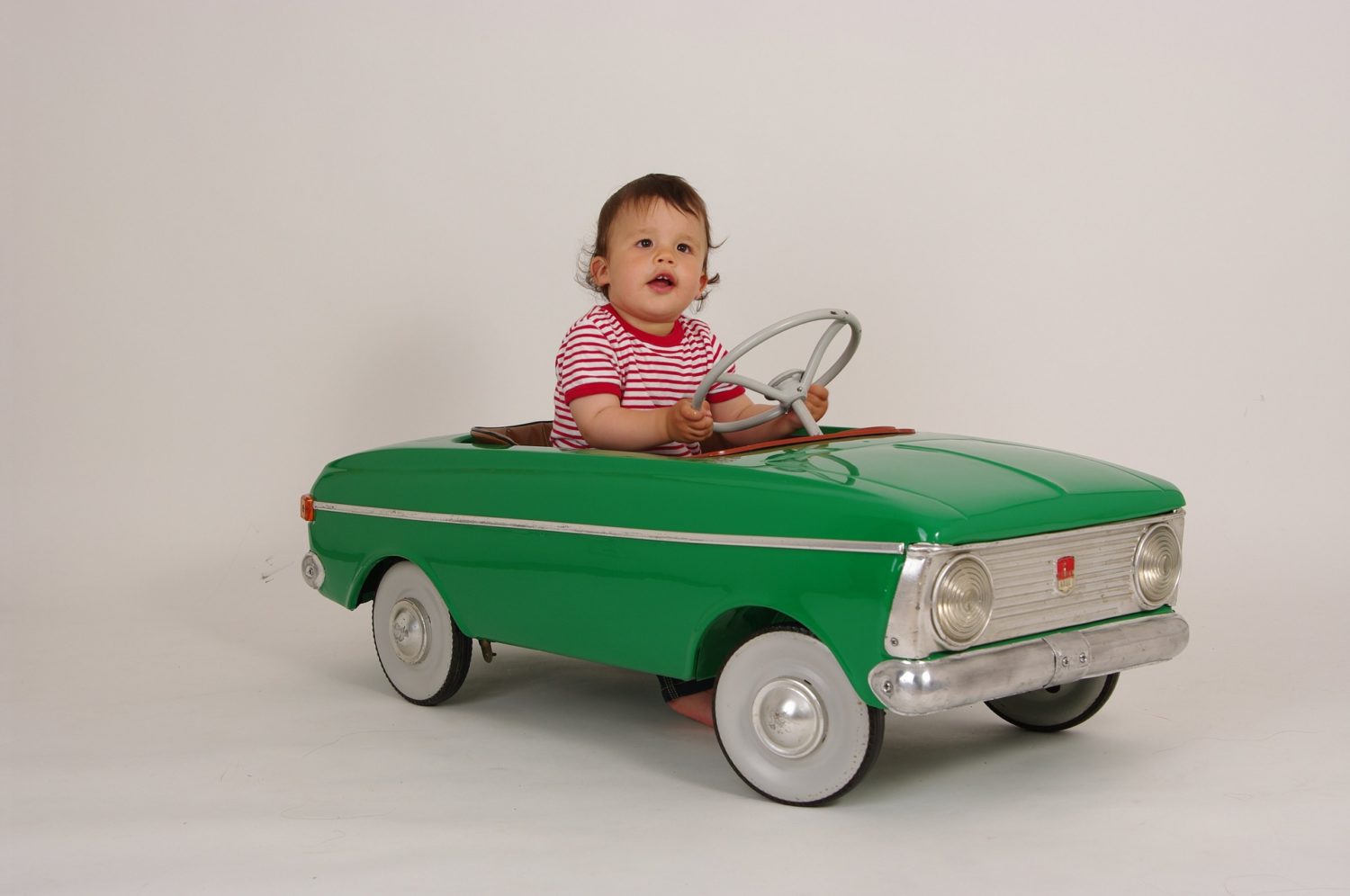 The technology and innovative spirit that characterize the times we live in also influence children’s toys. They are increasingly realistic and are designed to capture the attention of children as much as possible.

This can also be said about electric cars for children. These can be a very attractive form of entertainment for your child, but you have to make sure that there will be a toy that will not endanger his safety.

Also, choosing the electric car for children, from model to color, can become quite difficult when you have to combine safety with the preferences of the little one. So how do you choose the best kids electric car?

Why Choose the Best Best Electric Ride On Car?

Toys like this are not only fun, but practical. An electric car for children will help the little one develop skills such as sense of direction, dexterity and speed of reflexes.

And we can also account for the fact that, being a very captivating tangible toy, it will stimulate his imagination better.

How Do You Choose the Best Electric Ride On Car?

As I said before, any toy is a source of entertainment, but also a danger, greater or lesser for the child. Therefore, the task of finding a toy that ensures the safety of the little one without being boring, can be quite difficult.

You have to consider several aspects including the age of the child, the model of the car, but also its price. Also, you are aware that the little one will get bored relatively quickly with any toy, no matter how attractive it is at first, so the best variety will, in most cases, be a very accessible one.

To help you make the best decision, we have prepared a shopping guide with all the information you need. In your choice, consider the following important issues.

Perhaps the most important criterion for choosing an electric car is the child’s age. Depending on his age, you will choose the right dimensions, but also the complexity of the car.

There are 5 stages of age as follows:

Although it may seem crazy to choose such a toy for a child of such a young age, the manufacturers have released electric cars specially designed so that the little ones can play safely with this type of toy.

The best electric car for children from 0-2 years old, of course, is small in size, is lighter and offers more stability. Also as a safety measure, this type of car has a single speed, low enough, and a single button to be easy to use for children so young.

It is advisable to allow the children to use the car only indoors, in a space with few obstacles and on the carpet, to reduce the risk of injury. 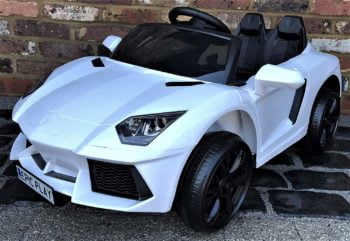 The time when the child begins to be more confident in movement and better coordinate his limbs is a good time to introduce a more complex electric car. Thus, the best electric car for children will be larger for this age category, it will vary more in style and model.

In addition, it will be a car that will give more possibilities to the little one, being equipped with more speeds and more additional features such as: MP3, radio, co-pilot seat or pedals. Also, the noise emitted will mimic the noise produced by a normal car, which will surely excite the child.

However, the fun should not exclude safety measures. Therefore, the car can be used outdoors as long as the child is equipped with a helmet, arms and knee pads, as well as a seat belt.

We can already let the child choose from several types of electric cars, including those that mimic ATV’s or those with only three wheels. These are distinguished from the other models by the fact that they have an increasingly realistic design, and the resemblance to a real car is also found in the noise emitted.

In addition to the additional features listed above, you’ll also find the electric horn and LED headlamps. They can be used outdoors even on rough terrain.

The best electric car for children of this age begins to be made from materials that are less perishable than plastic, namely aluminum and steel.

Also, the speeds are more varied and stronger, and some models are gas powered.

The configuration is also more complex. You will find a suspension system as well as a disc braking system, absolutely necessary when the child can reach quite high speeds.

We are already talking about better cars with stronger engines and higher speeds, which will satisfy the need for entertainment of the child who is already a teenager. Therefore, it is natural that these cars be fast enough to favor the races, having a fast acceleration system.

The handbrake and tires specific to racing cars are also important features for this type of car.

Convertible electric sports car You will choose the model according to the preferences of the child but also the level of safety pursued. Thus there will be several types of electric cars for children, among which the most popular are:

Models that mimic normal cars are safer because they are lower and more stable. Also, children are very attracted to such cars, especially as they mimic models of popular car brands.

They have the advantage of being equipped with more places, so that the child can have small “passengers” next to him.

However, you must pay attention to safety precautions, as this model is taller and can be slightly unstable. To make sure no problems arise, check the width that must be greater than the height.

They are attractive because they mimic the look of a land vehicle very fond of little ones. It is a model that can be used for almost any age, and is intended for difficult terrain.

Motorcycles with three wheels or two auxiliary wheels are the most recommended for safety, and can be used from almost any age, varying in size.

There are also small two-wheel motorcycles, but they are more dangerous because they can be easily unbalanced. 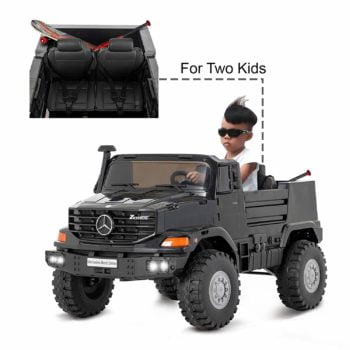 The best electric car operates on a rechargeable battery. It generally has a capacity of 24, 12 or 6 volts. What you need to see is that most of the time the battery is adapted to the product, so if you want to replace it, or buy a spare one, it is important to know its series and make sure it is easy to find.

The speed or power of the car is dictated by the type of battery that can be 6, 12 or 24 volts in turn. You will notice that the speeds can vary quite a bit and you will choose cars that reach a higher or lower speed depending on the age of the child.

The best electric ride on car cannot be boring. The child will love it to the extent that it will give him strong feelings, or that he will be able to take part in competitions. With this in mind, you need to make sure that the little one is properly equipped to avoid blows.

In the case of those of early age who do not use the car very often, a suitable equipment would consist of armrests, kneepads and a helmet.

If we talk about an older child participating in the car competition, you can consider buying a leather protective suit, boots and gloves. Thus, the risk of injury and blows will be significantly reduced.

They are useful both in terms of safety and for the enjoyment of the child. It is advisable to buy a car that is better equipped. Some important elements are:

Taking into account the above advice, analyzing the available offer and buyer feedback, we can recommend below a few models of Kids Electric Ride On Cars that offer excellent value for money.

How to Choose the Best Tennis Racket

We use cookies to ensure that we give you the best experience on our website. If you continue to use this site we will assume that you are happy with it.OkRead more