How to choose the ideal cooker hood for your kitchen 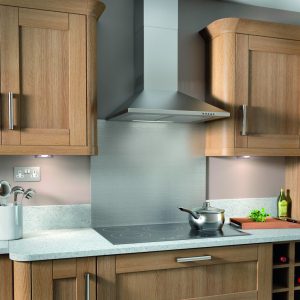 It’s hard to imagine a modern kitchen without a cooker hood. During cooking, the kitchen is filled with steam, smoke, wet air or unpleasant cooking odors.

These aspects become all the more unpleasant both in summer when the heat is suffocating and the kitchen should have fresh air as well as during the cold season when you have to open the window to air it that means the outside frost to invade the kitchen space .

All these inconveniences are easily solved by purchasing a kitchen hood. The ideal cooker hood contributes to both the appearance and the cleanliness of the kitchen, avoiding oily deposits and smoking the walls or furniture and is beneficial for our health after all. It is not healthy to stay in a room full of steam or smoke.

How to choose the best cooker hood

Of course, choosing the kitchen hood is the same as with all household appliances: according to individual needs. You have to keep in mind a few important criteria when you are looking to buy the best cooker hood.

Hoods can operate on two principles: air filtration and recirculation or air exhaust. Each of the two types of cooker hood has its advantages and disadvantages.

There are also mixed operation cooker hoods that combine both principles of operation and can be used according to the need of the moment.

The air recirculation cooker hood does not permanently remove the air from the kitchen but recirculates it after it is filtered, as the name says. The advantages of such a hood are that you are not conditioned by fitting the cooker as close as possible to an outside wall or by having outside walls.

It also mounts easily and quickly anywhere. Instead, the disadvantages of a recirculating hood are numerous. The hood filter needs to be changed quite often depending on how much the hood is used, generating a high maintenance cost.

The odors are eliminated only partially, the air being filtered and not permanently discharged, and the heat is not removed from the room. 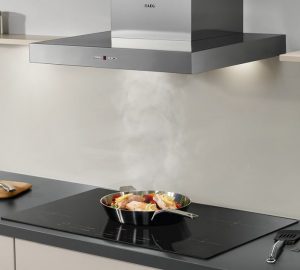 The kitchen hood with the air outlet was put on the market before the filter with air recirculation. Such a hood has a much better advantage/drawback ratio than the filter hood.

While a filter hood can be mounted anywhere, the exhaust hood requires a way of communicating with the outside so that the air can be evacuated.

Another great disadvantage of the evacuation hood is that during winter it cools the kitchen air during its operation.

But no matter how unpleasant it is to cool the room during the winter, so useful is the evacuation of hot air during the summer and the maintenance of an adequate temperature.

The ability to remove smoke, steam or odors is much higher than the air re-circulation filter hood, making it useful within certain limits even without the fan being switched on.

Mixed kitchen hoods are a combination of the two types of hoods we talked about with exhaustion and filtration. With a simple push of a button, you can switch from filtering to re-circulation of the final exhaust air.

The hood combines the advantages of both types of hood, but not the drawbacks, thus offering great flexibility in how to use it. 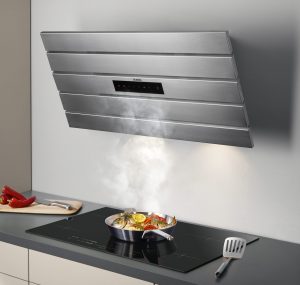 Dimensions are an important feature of a kitchen hood, along with its design. Size matters not only for the aesthetic aspect but also for functionality and efficiency.

The size of the hood should be at least as large as that of the cooking appliance, and the ideal size would be even a few centimeters higher.

The dimensions vary greatly depending on the needs, from the smallest hotels to the island-type industrial used in the kitchens of the restaurants, for which I can not say that there is an ideal size.

Of course, the size of the hood along with other criteria has an important say in terms of efficiency.

Regarding the design side, the hoods have advanced a lot in recent years.

The hoods are made of different materials, from sheet metal to glass or even glass.

The design offer is very extensive, from classic to retro or minimalist models. It’s impossible not to find anything to suit your taste or in tune with your kitchen furniture.

Hood lighting is an important aspect both in design and utility. The most cooker hoods are providing light using a neon or two light bulbs. 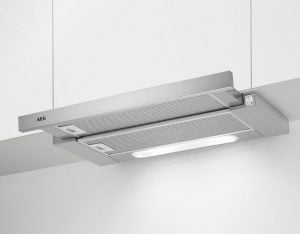 Telescopic cooker hoods are hoods with retractable elements made for easier integration into furniture or for better aesthetics.

Telescopic cooker hoods are generally smaller in the rest position and during operation the telescopic elements increase the depth of the hood for better efficiency.

Now that we’ve covered the design, let’s talk about the technical characteristics of a kitchen hood. The capacity, filter type and number of engines your hood has are some of the most important features to check when purchasing.

Capacity of a cooker hood

Considering that you will spend the vast majority of the operating time of the hood right next to it, the noise level is another factor to keep in mind. The noise produced by a cooker hood can generally be between 40 and 75 decibels.

It should be said that the price will be inversely proportional to the noise level of the hood, a hood with a low noise level will have a higher price and vice versa. Calculate your budget and choose the hood that fits your needs. 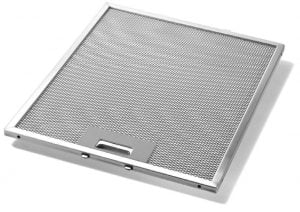 Hood filters are the ones that retain the fat from the filtered steam. Grease that would otherwise lie on the kitchen walls and inside the hood, reducing his lifetime.

Not all hoods benefit from such a filter, but it is good to choose a filtering hood when making a purchase. Filters can be of more than one type: disposable, washable or ionic.

The number of hood engines is not as important as it would be. This technical specification manages to fool many buyers.

Kitchen hoods can have one or two engines. Two engines do not automatically mean greater efficiency. Of a two-engine hood and a single-engine hood, at the same capacity, the one-engine cooker hood will always be much quieter. Study this attentively when purchasing.

The price of a simple cooker hood starts somewhere from 30-40 £  and can even reach up to 2-3000 £ for the most demanding customers. Carefully weigh all the pluses and minuses shown for each type of hood and choose the hood that matches your needs and the kitchen where it is to be fitted.

We chose some recommended models of kitchen cooker hoods that combine a pleasant look with a quality/price ratio as great as possible.

How to choose the best built-in electric oven

How to choose the right induction hob

How to Choose the Best Mini Oven

How to Choose the Best Washer-Dryer Machine for Your Home

How to Choose the Best Electric Rice Cooker

How to Choose the Best Tumble Dryer

We use cookies to ensure that we give you the best experience on our website. If you continue to use this site we will assume that you are happy with it.OkRead more